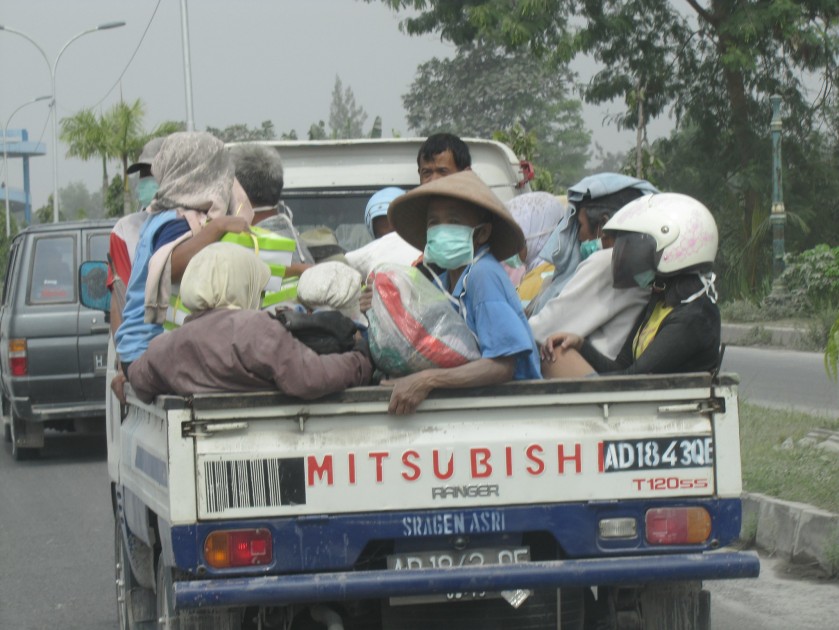 . . . Indonesian volcanologists, civil authorities, and others began the process that eventually saved an estimated 10,000 to 20,000 lives.

They did this by recognizing that Mount Merapi, which sits amidst millions of people, was about to have an unusually large eruption and calling the highest-level alert, triggering evacuations near the volcano, 23 hours before the first blast on the evening of October 26th.

That is a rare success story and it’s worth sharing, even though I said the next post would be on Smilodon.

(I’m waiting for a book that has the latest scientific views on that fearsome sabercat and have been working on the Decade Volcano eBook in the meantime.)

I didn’t fully realize how much those people — and the team soon widened to include international collaboration — accomplished in 2010 until now.

Most such alerts are issued shortly before, during, or even after the start of an eruption.

And not everyone can escape.

Since we are close to the ten-year mark, this exceptionally successful eruption forecast in 2010 deserves recognition.

Here is Merapi during one of its rare quiet spells.

Here is a video taken by brave people who were trying to save everyone even as Merapi roared to life on October 26, its summit above and just a mile or two away from them.

It’s in Indonesian, but the pictures tell the story.

The group they meet towards the end of the video, clustered around the little old man — who is Mount Merapi’s official spiritual guardian and who has refused to leave — were the only casualties that night, despite the fact that many people live on the volcano’s flanks.

Merapi’s eruption escalated after that dramatic start, far surpassing any of its frequent but typically small to moderate events.

It reached a peak on November 4-5, saturating seismic stations with tremor. Volcanologists worried that something even larger might be on the way.

Fortunately, it wasn’t. Merapi began to settle down.

Overall, with their timely warnings of pyroclastic flows, authorities and experts got about 300,000 people out of harm’s way.

Not that it felt like a break for anyone at the time.

Ten years ago, almost 400 people died in Merapi’s first VEI 4 eruption since the 19th century, but monitoring, knowledge of past behavior, and quick, effective emergency measures saved an estimated 10,000 to 20,000 lives.

That is something to celebrate.

By the way, the MAGMA Indonesia page is a great way to quickly check on Merapi or any other Indonesian volcano.

Just use a browser translator on the menu (the graphic is only helpful if you already know which volcano you want and can read the Indonesian popup).

And here is an unofficial but complete streaming video:

Featured image: EU/ECHO/Mathias Eick, CC BY-ND 2.0. (This image was taken in early November, during the worst part of the eruption.)