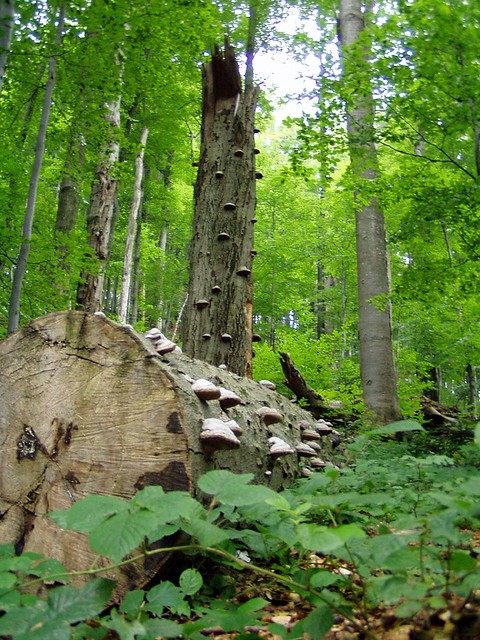 Over in Europe, they’re celebrating the replacement of tundra with temperate forest after that glacial retreat.

That’s a lynx, jumping lightly over logs near the video’s beginning, but underneath the Carpathian canopy also lurks, not Dracula, but little Felis silvestris — the European wildcat.

This species probably moved south during the ice age, too, and now has reentered its old territory.

Nothing dramatic, really, except to the players.

For the rest of us, it’s just a glimpse of life’s routines that have been going on daily here for some 12,000 years and, taking the longer view, for hundreds of thousands of years in Europe, ever since wildcats evolved here.

Protecting the beech forest ensures that these patterns will continue undisturbed for the foreseeable future.