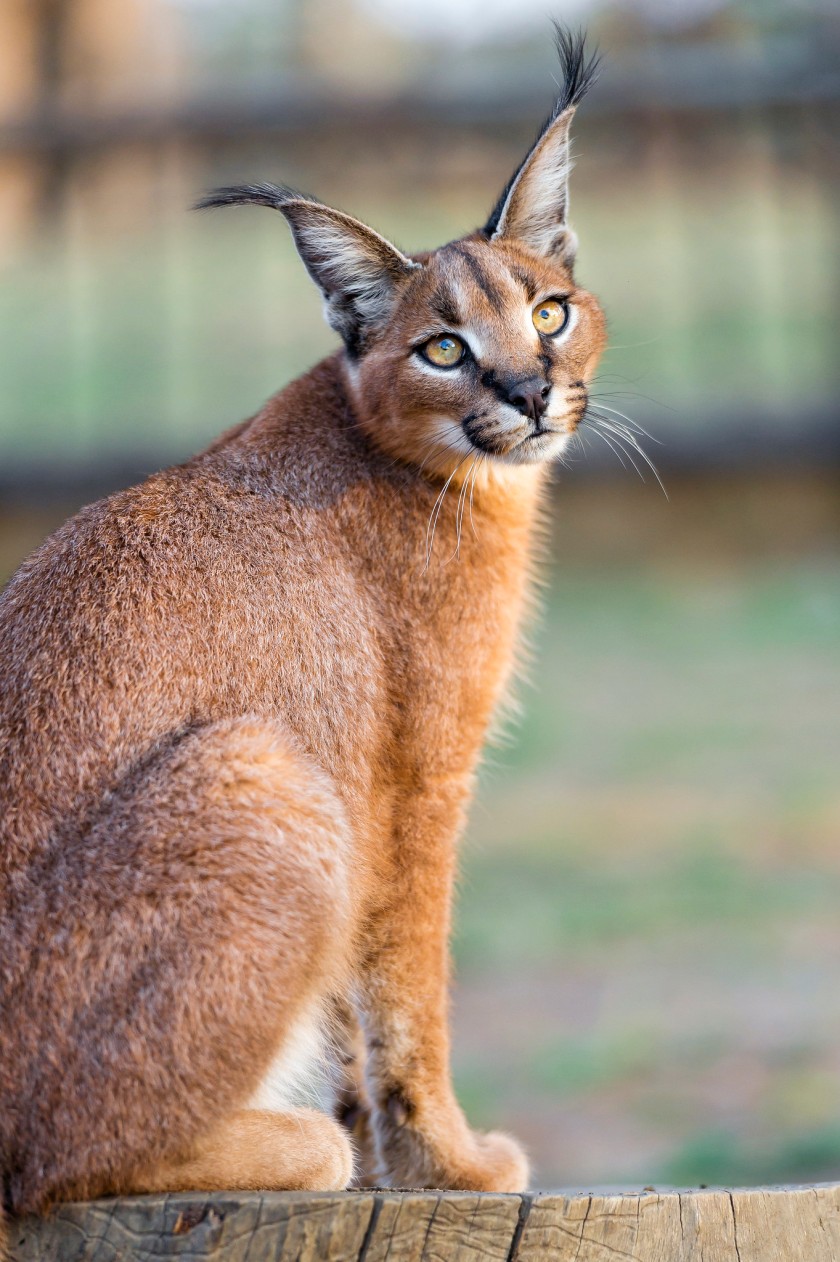 Those weirdly beautiful ears have earned this wild cat its name. “Caracal” is reportedly derived from garah gulak, “black ear” in Turkish.

Classifying this unusual-looking kitty once gave taxonomists a headache. Was it a lynx? A rather large “Felis” cat? Then molecular biology became a thing and proved beyond any doubt that caracals are part of their own unique evolutionary line.

This information is from the Cat Specialist Group, except where noted.

Where found in the wild:

In the 20th century, per Ewer, caracals ranged through northern Africa from Morocco to Egypt. They also could be found just about everywhere else on that continent except tropical forests of western and central Africa and the Sahara and Namib deserts.

Caracals also roamed Arabia and the Near East, and were found to the east in Afghanistan, Pakistan, and the northern and central parts of India.

Good news! They’re still around in the 21st century, except on the peripheries of their historic range, like Morocco and Egypt.

Little is known about caracals in the wild, not even if the overall population is growing, declining, or staying steady.

The IUCN lists caracals as Least Concern because known declines in caracal numbers are very localized and don’t seem to be affecting the global population.

Because of those local declines, though, caracals are considered Threatened in northern Africa, Critically Endangered in Morocco, and almost extinct in Egypt.

There are similar problems in other regions on the periphery of the caracal range. But the conservationists note that caracals seem adaptable enough to recolonize areas after they have been wiped out locally. Also, they’re so good at avoiding humans that there may be more cats out there than we know.

That’s encouraging. But caracals do cause problems for farmers, particularly subsistence farmers who can’t afford to lose a single domestic animal. This can lead to persecution of caracals.

Conservationists are working out how to help these people while also protecting the cats.

Kitchener, A. C.; Breitenmoser-Würsten, C.; Eizirik, E.; Gentry, A.; and others. 2017. A revised taxonomy of the Felidae: The final report of the Cat Classification Task Force of the IUCN Cat Specialist Group. https://repository.si.edu/bitstream/handle/10088/32616/A_revised_Felidae_Taxonomy_CatNews.pdf