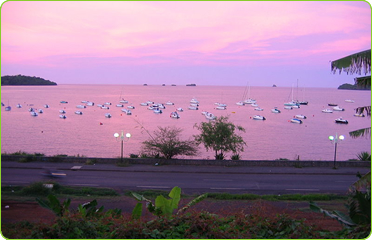 Update: Reportedly, the volcano erupted and now the magma has drained. All of this played out way down in the briny depths.

Wow! We only spotted this because it happened near people. Makes you wonder what else is going on out there under the deep blue sea waves of Planet Earth.

Original post, from June 2019:
For months, the small islands of Mayotte, sitting in the Indian Ocean between Africa’s southeastern coast and the northern tip of Madagascar, simply would not stop shaking.

Here is a local news report about that from the spring of 2018.

Boffins sent a ship to perform a sonar scan of that epicentral area. And recently the results came back:

. . . Marc Chaussidon, director of the Institute of Geophysics in Paris (IPGP), looked at seafloor maps from a recently concluded mission and saw a new mountain. Rising from the Indian Ocean floor between Africa and Madagascar was a giant edifice 800 meters high and 5 kilometers across. In previous maps, there had been nothing. “This thing was built from zero in 6 months!” Chaussidon says.

The earthquakes have not stopped. And their epicenters are slowly moving westward, towards Mayotte.

These beautiful tropical islands do have a volcanic history, but the last eruption there was some 4,000 years ago.

Only time can tell what will happen next, but this current event, while still hidden beneath the waves, apparently is far from over.