Let’s start out with a docudrama on Krakatau’s 1883 eruption. It first appeared at a film festival in 2005.

They focus on the 2004 Banda Aceh quake and tsunami at the start because these were so recent, and the 1883 eruption of Krakatau did claim most of its victims through huge sea waves.

It’s doubly poignant now, after the loss of more than 400 people from another Krakatau-generated tsunami near the end of last year.

You’ll find the Krakatoa Committee’s report here. The film makers did follow the reported events closely, and what they show us of the volcano before the eruption appears to match descriptions given at the time.

After that late-19th-century catastrophe, all was quiet in the Sunda Straits for the next four decades. Then the volcano reawoke.

Dutch volcanologists caught it on film, and that is embedded below.

Do be aware that what follows is a 42-minute-long silent movie, originally in Dutch, with English subtitles, made by scientists who passionately love rocks.

Volcanophiles will be blown away by the spectacular shots of the “Child of Krakatau” emerging from the sea, not to mention close-ups of the old caldera’s wall and all those gorgeous layers and dykes.

But if you’re tempted to fast-forward through some of the lengthy scenes, be aware that these 1920s-era boffins also took selfies. 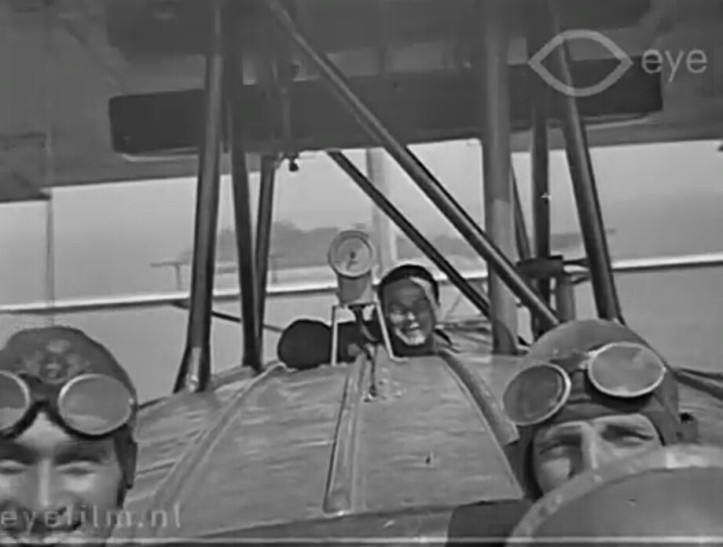 People a hundred years ago were just like us.

The years passed after that, and Anak Krakatau was very active, building up steeper and steeper slopes of cinders and other unconsolidated material.

Still, it looked solid enough to walk on (as Dr. Rampino and others do in the first video up above).

And it certainly was a beautiful sight out there on the water – something people quickly got used to watching from the shore’s edge. It also made a nice background for concerts.

These eruptions happened in late October 2018.

I was photographing #Krakatau when the first wave came, it went 10-15m beyond the beach. Went to pick up my family, 2nd wave came, bigger. Passed the hotel. In safety now. Krakatau was not erupting when the wave came. Krakatau!!!??? Krakatau photo from earlier this evening. @bmkg pic.twitter.com/jVQ4TvwkPA

Part of the volcano had collapsed, causing a tsunami. Over 400 people died.

Since then, activity has continued intermittently at Anak Krakatau.

This is to be expected. Molten rock is reaching the surface here and it will be erupted. That’s the nature of a volcano.

And people have gone back to Anak Krakatau, not seeking drama, to learn more about this place and about how life recovers after such catastrophes.

Unfortunately, I don’t know what they’re saying in this short film, but Google Translate tells me the title means “New Hope, Anak Krakatau.”

And per the English part of the YouTube page,

Post-eruption in 2018, Mount Anak Krakatau has the potential to become a research opportunity for young academics. In particular, for those who want to know how succession is formed and landscape changes along Rakata Island, Sertung Island and Panjang Island. This is an opportunity to encourage the birth of observations and further research.

With a status of 13.605 hectares of nature reserve, Krakatau holds many important values to be explored. Like how the formation of new life after eruption, carbon or germplasm storage.

Death is always present in the midst of life.

But so is hope — it’s a big part of human nature. And one of the best parts.