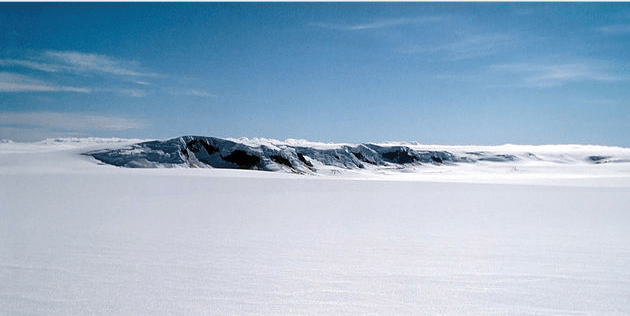 I saw some news recently about possible increased activity in some Icelandic volcanoes and was confused about where the threat was.

There was an outburst flood (indicating heat near the surface) from Vatna Glacier, and an uptick in seismicity at Bárdarbunga volcano (which is partly covered by Vatna), probably because the Bárdarbunga system is inflating again, after its 2014-2015 eruption, as fresh magma moves into the system).

There are so many active volcanoes here, with such exotic-sounding names to a native English speaker, that it is easy to get them confused. These events actually involved separate activity at two of the most impressive volcanoes in Iceland.

First, just for the record, Bárdarbunga is not the volcano that erupted in 2010, at times shutting down air space over the North Atlantic and disrupting the lives and business of a lot of air travellers. That bad boy–Eyjafjallajökull– is nowhere near Vatna Glacier, and it is quiet at present.

Bárdarbunga is the one that provided us with incredibly beautiful lava fountains and vast flows in 2014-2015 that were even more spectacular than the ongoing eruption at Kilauea’s East Rift Zone in Hawaii. And, happily, the Bárdabunga eruption happened in a very sparsely inhabited part of Iceland.

Here is a refresher. The good people at Photovolcanica have done an excellent video of Bárdarbunga’s fires in 2014. Remember that lava, creeping over the snow?

Icelandic volcanology gets complicated quickly, so let’s just say that the volcanic system that includes Bárdarbunga is the biggest one on the island. But it is not the only one underneath Vatna Glacier.

There is also Grimsvötn. This volcano erupted in 2011 and disrupted air travel in the North Atlantic. If you’re like me, you may have simply assumed at the time that this was a continuation of that 2010 eruption.

It wasn’t. Two separate volcanoes were involved, and once you’ve seen Grimsvötn today, you’ll never get the two confused again.

Mighty Grimsvötn is quiet today, but its fires are only banked, not completely out.

The Bárdabunga and Grimsvötn systems both sit directly over the hot spot, so they will continue to be very active into the foreseeable future. But the June 2018 flooding from Vatna Glacier was not an eruption precursor–Grimsvötn has a crater lake underneath all that ice, and it occasionally overflows as an outburst flood.

Both of these volcanoes, while definitely active, are at aviation code green at the time of writing. Here is more information about these and other Icelandic volcanoes. For more background, check out the paper by Thordarson and Höskuldsson sourced below.

Featured image: What could be seen of Grimsvötn volcano in 1972, above its glacial ice cap. Roger McLassus 1951 via Wikimedia, CC BY-SA 3.0.