May 24, 2018 BJ Deming Minerals and elements Leave a comment

This headline caught my eye: 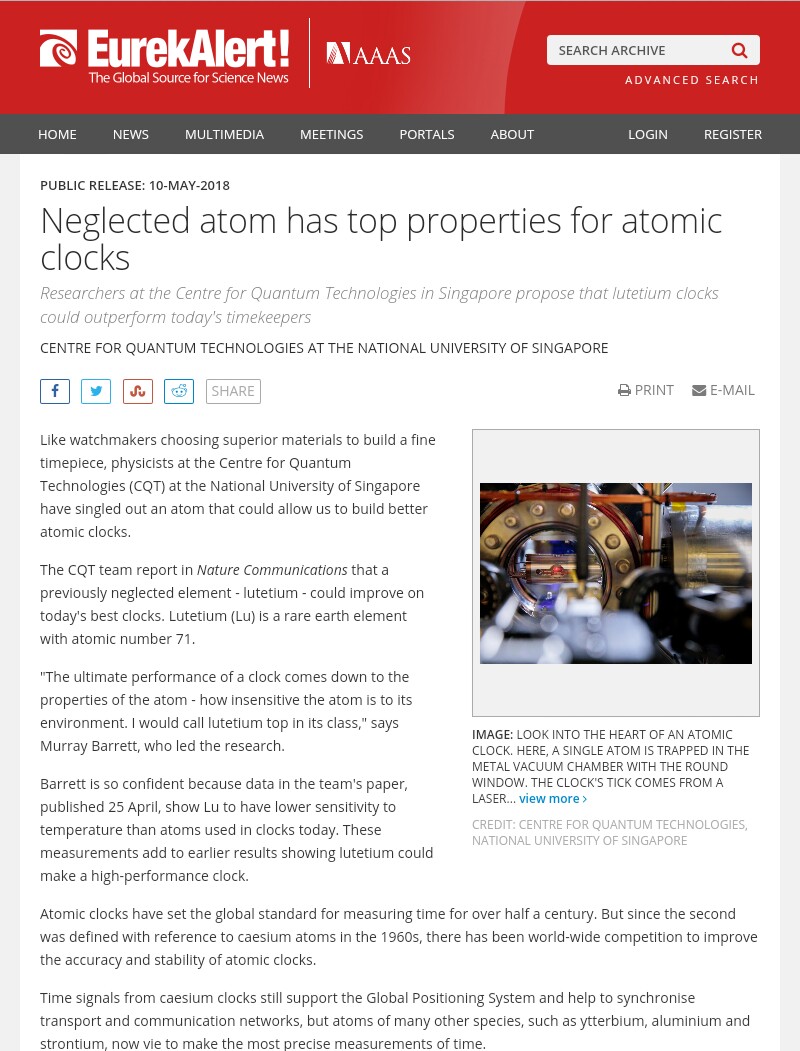 No atom should feel neglected…and if you read the article, there’s some intense competition Lu must overcome if it is to earn enough recognition to be given the privilege of telling us how long a second should be.

I had no idea what lutetium is, either, but I looked it up and found videos, one with a fuzzy-haired mad scientist and his ubercool British assistant, and the other–well, you’ll see.

Lu is very shy, according to Dr. Wikipedia, hiding among all the other rare earth elements.

The mad scientists at the U of Nottingham’s Periodic Table of Videos actually were more reserved about lutetium than they are with some other elements.

Poor Lu, first neglected and then getting soaked in argon so you won’t make oxide and spoil a YouTube video!

Actually, that’s probably a good idea because it turns out that lutetium is radioactive, though in a really laidback way–its halflife is almost 40 billion years.

This element is so old, in fact, that it can be called primordial. Which brings us to the next video.

There are equations in it and the last third is very sciency, but:

I really enjoyed watching this–and also found out why those U of Nottingham scientists kept their lutetium on a square piece of thin metal foil.

I hope you’ll enjoy it, too. It’s very relaxing, and if you actually know some chemistry, probably very impressive, too. (Spoiler: Lu is primordial and the chemist does identify its typical two peaks and the sumpeak, whatever that is, on his laptop at the end.)