Everybody knows about the Curiosity rover’s “selfie.” But that wasn’t the first Mars rover.

Amazingly, some of the older ones continued exploring the Red Planet long after their mission time was expected to expire. And recently, five thousand Martian days (“sols”) after arriving, one of them took a selfie.

Featured image is by NASA. (I cropped it a little bit.)

They made up this montage in 2010, when Opportunity was a newcomer and 12 miles of Martian travel was considered a huge success. Exploration has gone much farther, in various parts of Mars, since then.

Below is a reblog I really like from Jason Major’s excellent Lights In The Dark blog on space exploration. 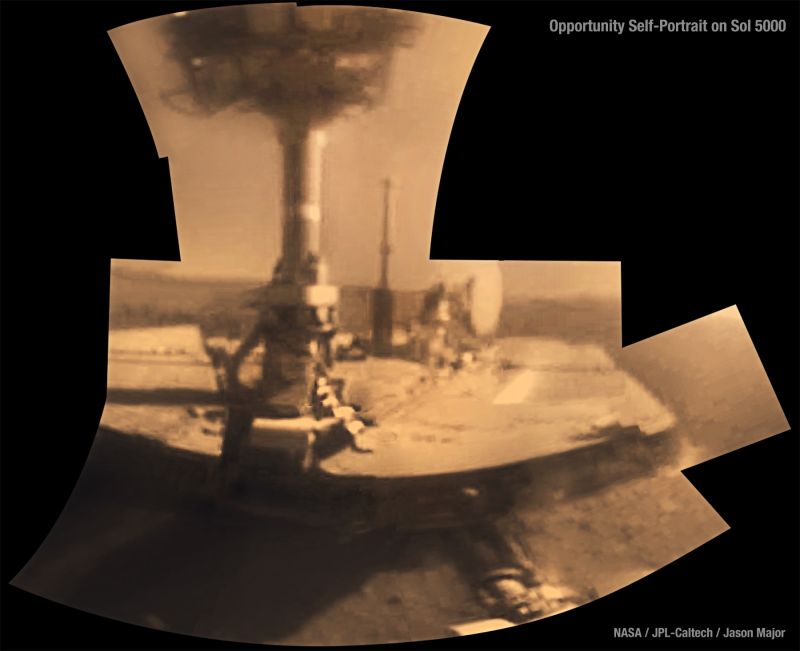 It’s finally happened—after over 14 years on Mars (14!!!) NASA’s Opportunity rover has turned its arm-mounted camera around to take a look at itself, giving us the very first true “selfie” of the Mars Exploration Rover mission! Hello Opportunity!

via After 5,000 Sols We See the Face of Opportunity — Lights in the Dark