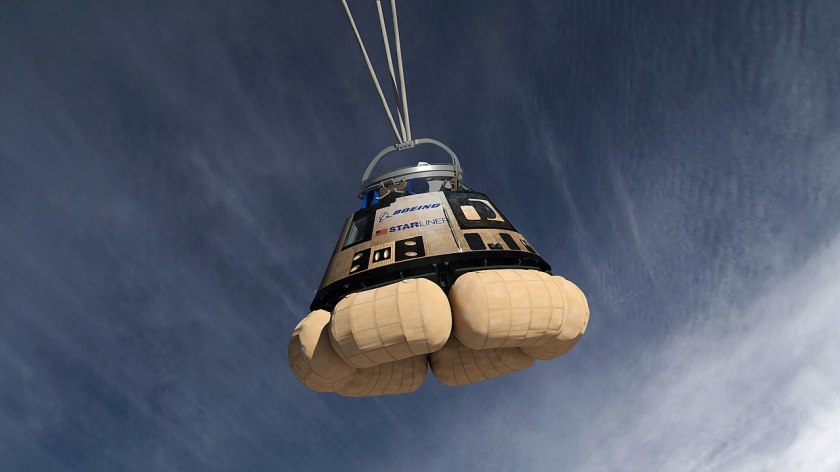 I haven’t followed up this 2014 post but now want to celebrate last Sunday’s historic Starliner landing — watching this video, all I could think was, “Never mind hoverboards — we have spaceports now!

h/t to WesL for sharing this video in the Talkweather forum. Of note, this facility is apparently called White Sands Space Harbor now.

When Neil Armstrong passed away, many of us first realized that no one has walked on the Moon recently.

Others marked the sad milestone and then got back to the business of commercial human spaceflight.

Their work is just as significant as Apollo, but much quieter than a Saturn V launch. Their results are popping up in communities across the United States as FAA-licensed spaceports.

What is a spaceport?

There are many different definitions. Technically, it’s a launch site, so spaceports have been around since World War II, when the Germans launched V2 rockets from Peenemunde.

In terms of human spaceflight, the Baikonur Cosmodrome, which Russia now leases from Kazakhstan, can be called the oldest operating spaceport. It opened in 1955 and was the site of Yuri Gagarin’s historic flight in 1961. Gagarin intended to land near Baikonur, but it didn’t work out. He touched down about 174 miles to the west.

The Cosmodrome did host both the departure and arrival of the only flight of the Buran unmanned space shuttle in 1988. However, that was seven years after the Kennedy Space Center became the first – and so far only – port from which an orbital spacecraft (the Space Shuttle) has both launched and then returned (the US Air Force Boeing X-37 lands at a different site from where it launches).

Private enterprise got into the act in 2004, when the manned SpaceShip One departed from and returned to the Mojave Air and Space Port in California.

This made it the first privately funded suborbital spacecraft ever. The space travel community considered this such a significant advance toward human spaceflight that they put a piece of the space plane aboard the New Horizons mission to Pluto. 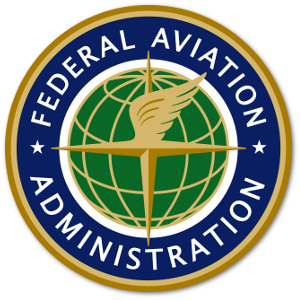 So, basically, you can build a private spaceport if you meet all the requirements and fill out the right paperwork. You probably can’t name it Mos Eisley, though.

Where are today’s spaceports?

Today there are nine FAA-licensed commercial spaceports in the United States:

All these, except Midland in Texas (the most recent), are shown on the following map along with the five US federal launch sites, the University of Alaska’s Poker Flat Research Range (first sounding rockets in 1946), and the Blue Origin Launch Site (Texas, first test flight March 5, 2005).

Is this going to work?

More than a dozen US states are planning to build commercial spaceports, according to Popular Mechanics. Proposed uses for them include space tourism, satellite deployment, and low-gravity research. A number of companies are already investing heavily in the commercial space business.

However, it’s very risky and expensive. Spaceflight is also filled with unknowns that challenge the most well thought out plans. The Space Shuttle, for instance, never fulfilled its original goal of providing relatively safe, frequently usable, and inexpensive transportation to Earth orbit.

Counterbalancing those risks is the one overarching reason why manned spaceflight and ultimately commercial manned spaceflight will continue…and why the number of spaceports will therefore continue to rise (put on your 3D glasses, if you’ve got ’em):


We are already heavily invested in the International Space Station.

I like to think that we make up all sorts of economic reasons to get into space, but the real reason will always be to look at the beauty of the Earth…and of other nearby planets and distant stars.

Since the Space Shuttle program ended, the Baikonur Cosmodrome is the only way astronauts can get up to the International Space Station right now (they land on the Kazakhstan steppes as much as 430 miles away from the Cosmodrome).

NASA is therefore turning to private companies to transport people and material to and from the Space Station.

Meanwhile, the Russians are building a new cosmodrome, and Europe is looking into possibilities for manned flights from its Guaiana Space Center.

And in the US, one by one, the network of airports that sprang up after Charles Lindbergh first flew and then pushed strongly for the establishment of private airlines is now morphing into a hybrid network of air and space ports. By some accounts, this is happening ahead of schedule:

One minute it was Ohio winter, with doors closed, windows locked, the panes blind with frost, icicles fringing every roof, children skiing on slopes, housewives lumbering like great black bears in their furs along the icy streets.

And then a long wave of warmth crossed the small town. A flooding sea of hot air; it seemed as if someone had left a bakery door open. The heat pulsed among the cottages and bushes and children. The icicles dropped, shattering, to melt. The doors flew open. The windows flew up. The children worked off their wool clothes. The housewives shed their bear disguises. The snow dissolved and showed last summer’s ancient green lawns.

Rocket summer. The words passed among the people in the open, airing houses. Rocket summer. The warm desert air changing the frost patterns on the windows, erasing the art work. The skis and sleds suddenly useless. The snow, falling from the cold sky upon the town, turned to a hot rain before it touched the ground.

Rocket summer. People leaned from their dripping porches and watched the reddening sky…

For us, this isn’t science fiction any more.

Did you like this post? Feel free to tip me via PayPal. Any amount is welcome, and thank you in advance!