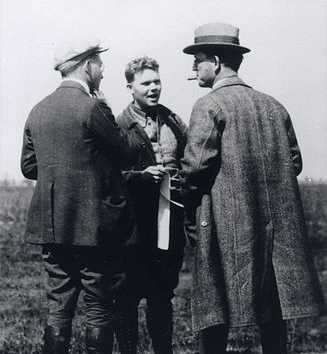 Have you ever been so angry you punched the Earth?

Ludger Mintrop was clever, not angry.

He designed equipment to test the geophysical theories of his teacher, Emil Wiechert and incidentally founded the field of seismic reflection profiling.